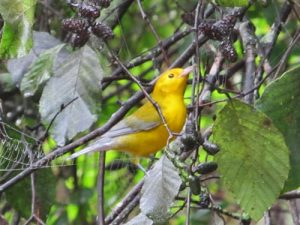 Located near the mid-point of the Atlantic Flyway, Tidewater Virginia is one of the top birdwatching areas in the Mid Atlantic Region.

A variety of parks, wildlife refuges, wildlife management areas (WMAs), birding trails, beaches, and other birdwatching locations can be found within a short drive from most communities.

The Tidewater area is also known for its bird-related arts, exhibits, festivals, and other resources.

The Mariners’ Museum and Park